You won’t find another alumnus who has spent nearly as much time on campus since his graduation, especially in the Lilly Library basement, than Jon Pactor ’71.

From research gathering for his own publications to digging deeper and uncovering more historical Wabash gems out of curiosity, Pactor has dedicated endless hours over the years to the Robert T. Ramsay, Jr. Archival Center. 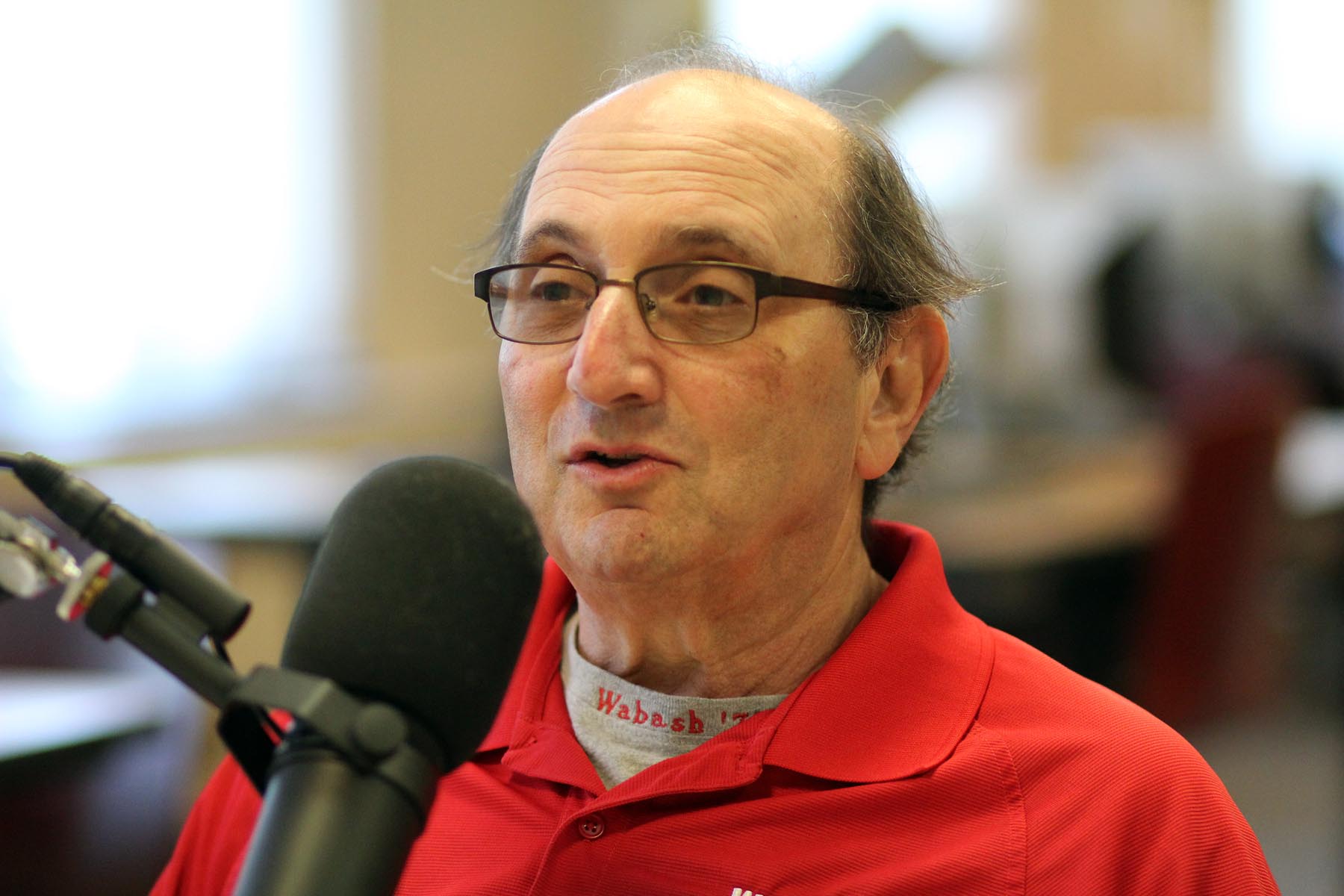 “It’s important to know your history,” said Jon, a Latin major and Tau Kappa Epsilon brother. “We talk about the pride we have standing on the shoulders of giants, but often times people don’t know what that really means. They don’t know the Wabash men and moments that happened on campus to get us to where we are today.”

Those lessons can be uncovered in the thousands of materials found within the College’s archival and special collections. These items predate Wabash’s founding in 1832 and document the life of the College to the present day. Some items, including those from the 19th and 20th centuries, have been donated by Jon himself.

“This is Wabash, and we highly value our history and our traditions,” said Archivist Beth Swift. “It is important that we understand our history so that we can continue to improve upon it and inspire our students and alumni.”

Living and working as an attorney in Indianapolis, it’s not too far of a drive for Jon to make frequent visits to the Ramsay Archives. But not everyone has that luxury to be able to come to campus.

That’s why Jon and his wife, Andrea, took a giant step for the Ramsay Archives and recently established a fund that has been used in part to purchase an overhead digital scanner with the capacity to scan large important documents, collections, and other historical artifacts.

The Pactors said the new digital scanner will also be used as a way to promote and disseminate Wabash history to alumni and friends of the college.

“Not only will this preserve the material, it also makes it accessible. That’s the other piece of this puzzle. Researchers and others interested in Wabash and various aspects of college life will like access to it easily and quickly,” Andrea said. “It is going to take time to create an online index to allow people to find things they’re looking for. Creating this digital world is a huge project for the College, but it’s important and something we should all support.”

The remainder of the Jon ’71 and Andrea Pactor Fund will support the preservation and collections of historical objects of the social, academic, education, and athletic history of the College. Some examples include the acquisition, restoration, and framing of historical objects, papers, art, and other items.

“There’s something to be said about a tangible object,” Jon said. “I’m always encouraging my classmates and other alumni and friends of the College to donate their collections of Wabash memorabilia. Where else would they go?

“There are so many pieces of Wabash history waiting to be discovered in the Archives,” he continued. “I am blessed we are able to help digitize some artifacts, but I would love for students, faculty and staff to take advantage of that resource and spend time in there learning about our history.” 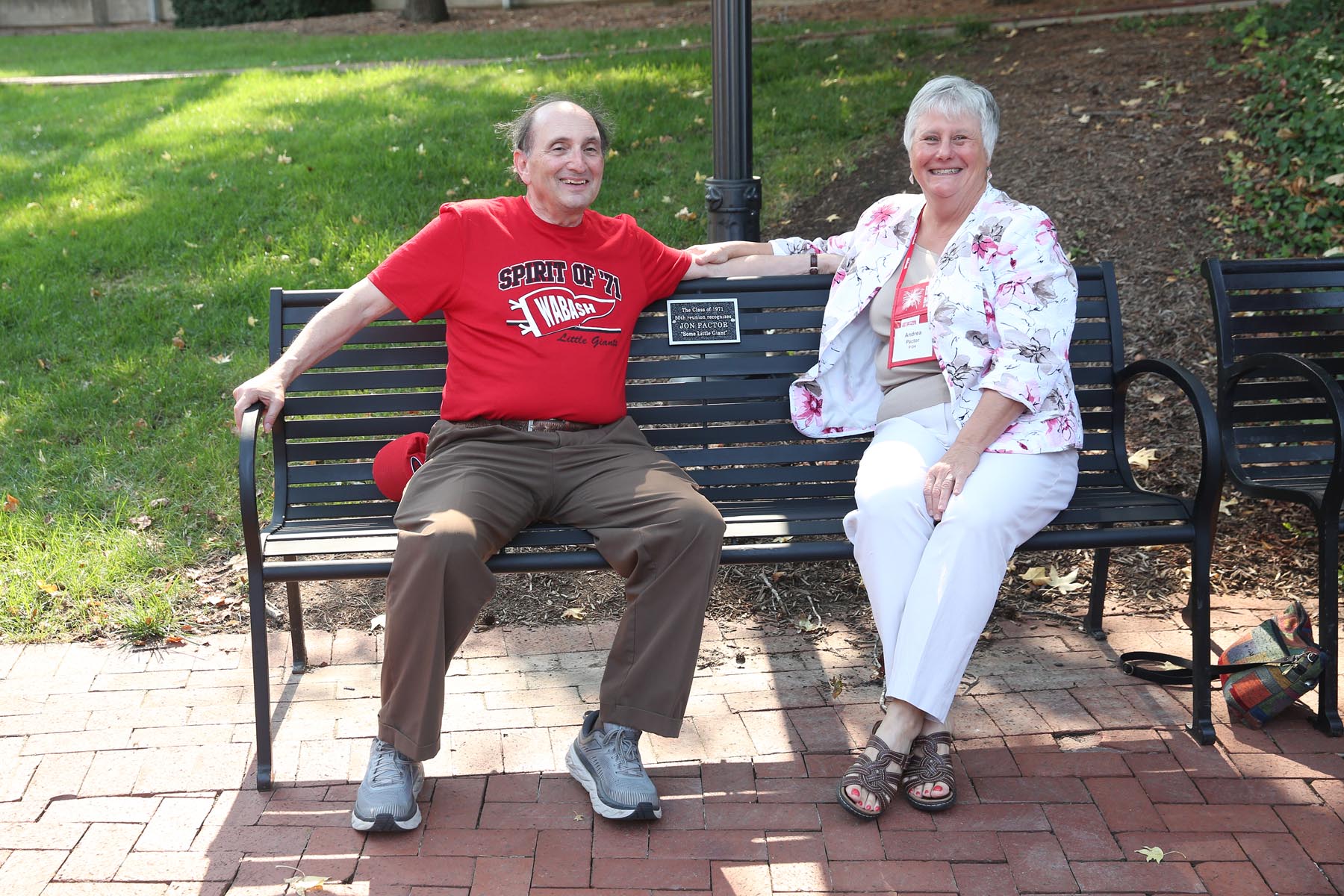 History is a passion that Jon and Andrea share. Not only do the two have more than 40 years of history together as a couple, Andrea said they both also share an appreciation for understanding what our forebears went through and their experiences.

“I’ve had the opportunity to work in the Archives. When I was getting my master’s degree in philanthropic studies, I worked on a paper involving Wabash President Frank Hugh Sparks,” Andrea said. “When you do papers in college, you most often use secondary source material. For me, there was such an incredible joy to being able to see, touch, and interact with primary source material.

“One of the documents I picked up was a letter signed by Herbert Hoover, who was U.S. president from 1929 to 1933. I held in my hands a piece of paper that a president signed. There’s such a thrill to that connection. It connects today’s students to what went before them.”

The newly-created fund is not the first time the Pactors have supported the Archives. In 2010, the couple funded a project to digitize more than 100 years of the College’s student newspaper, The Bachelor. Editions from 1908 to 2010 are available online in a searchable digital archive available to alumni, students, faculty, and staff.

Andrea and Jon’s son, Jacob ’04, worked on The Bachelor for seven semesters as a student, six of which he served as its editor-in-chief. The Pactors said that gift was created, in part, to honor their son and the other student journalists who have contributed to the newspaper.

“Jon and I believe The Bachelor provides a really good snapshot of what life is like on the college campus at a particular time,” Andrea said. “It really does track the social, educational, cultural, and community activities in a way that there really aren’t very many other examples. The newspaper has enduring value.”

Swift stressed her appreciation for the Pactors and their continued commitment to the College and efforts to preserve its rich history.

“Jon and Andrea have been tremendous friends to the Archives,” Swift said. “Their gifts have transformed our archival work.”