When Wabash President Scott Feller first heard that the Class of 1966 was not only planning a 55th reunion, but were also giving a class gift to commemorate the special occasion, he had a question.

“’Has any class ever done that?’” Feller recalls asking Steve Hoffman ’85, director of alumni and parent relations.

“’No,’ Hoffman replied, ‘but these guys are special.’”

The Class of 1966 collectively raised nearly $3.3 million to name the last housing unit in the Ott Residential Life District. Dozens of alumni returned to campus on October 16, 2021, for Big Bash Reunion tailgates and to dedicate the newly named lodge.

“You are a very special group of Wabash men and your College is grateful,” Feller told alumni during the dedication. “Not only was yours the first-ever 55th reunion class gift, it was one of the biggest class gifts in our history.”

More than 80 class members made a gift to the lodge project. Additionally, Feller announced that two endowed scholarships were created and six new planned gifts were disclosed, which “will further cement the class’ legacy.”

“This handsome lodge will remind future generations of Wabash men of your brotherhood and legacy,” Feller said. 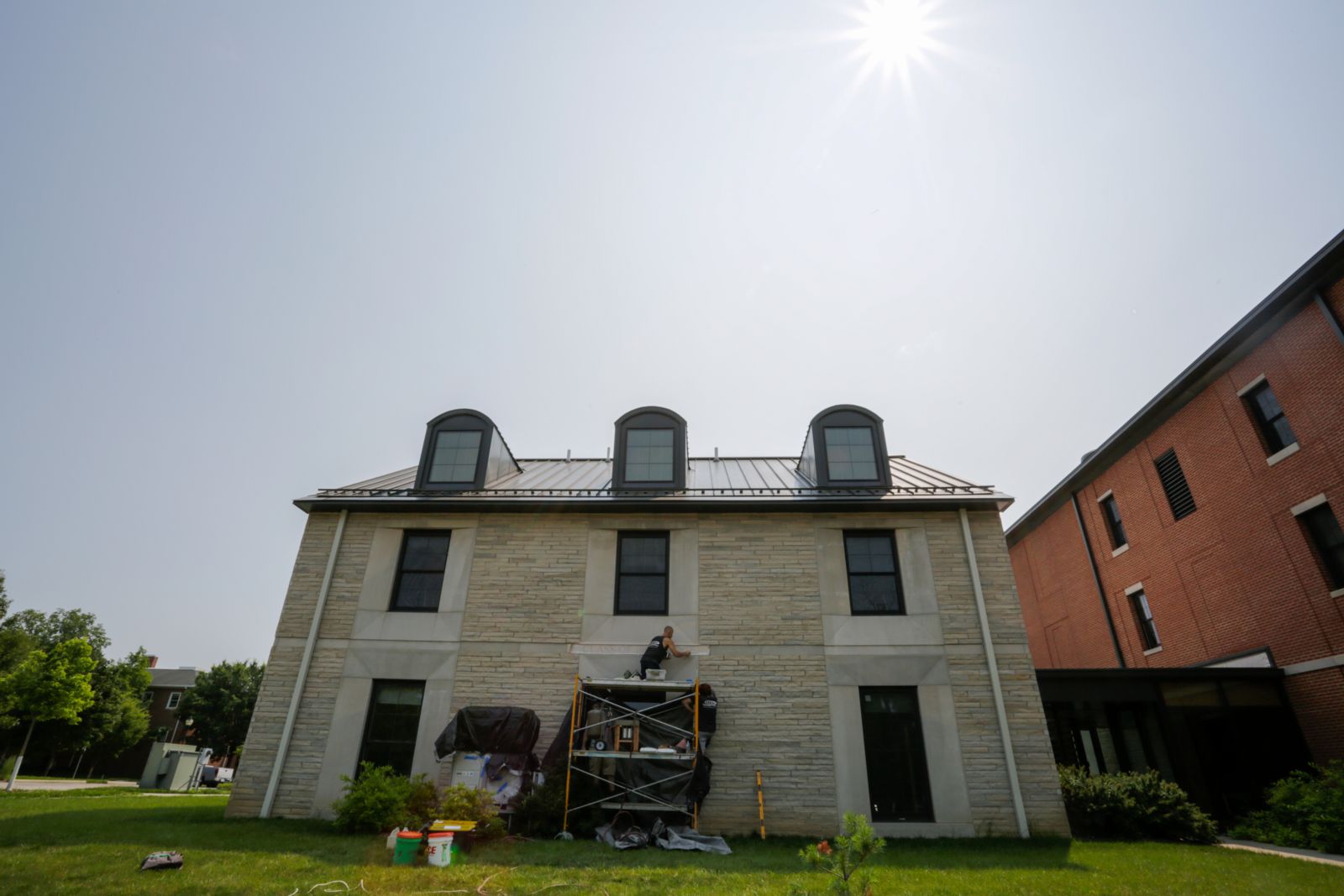 The naming project was led by Dave Krattebol ’66 and class agent Cal Black ’66. The duo spent months making phone calls, sending letters, and writing emails in an effort to connect with classmates and collect gifts.

Black said alumni were eager to be included in the philanthropic project, and that many made donations in honor of their fellow brothers. A plaque bearing the names of more than 100 class members is now on display inside The Class of 1966 Lodge.

“Everyone was excited to be a part of something that hadn’t been done,” Black said. “This is historic for the college and for our class, an event of which we are very, very proud.”

John Flanagan ’66 said he donated to the project because his liberal arts education and the experiences he had as a student at Wabash shaped him into the man he is today.

Black said he hopes the lodge project will inspire other alumni to take giant steps and leave their own marks at Wabash College.

“We’re telling other classes that this is a new tradition,” Black said with a chuckle. “For all you guys getting ready to celebrate your 55th reunion, you better follow up and do better than we did!”