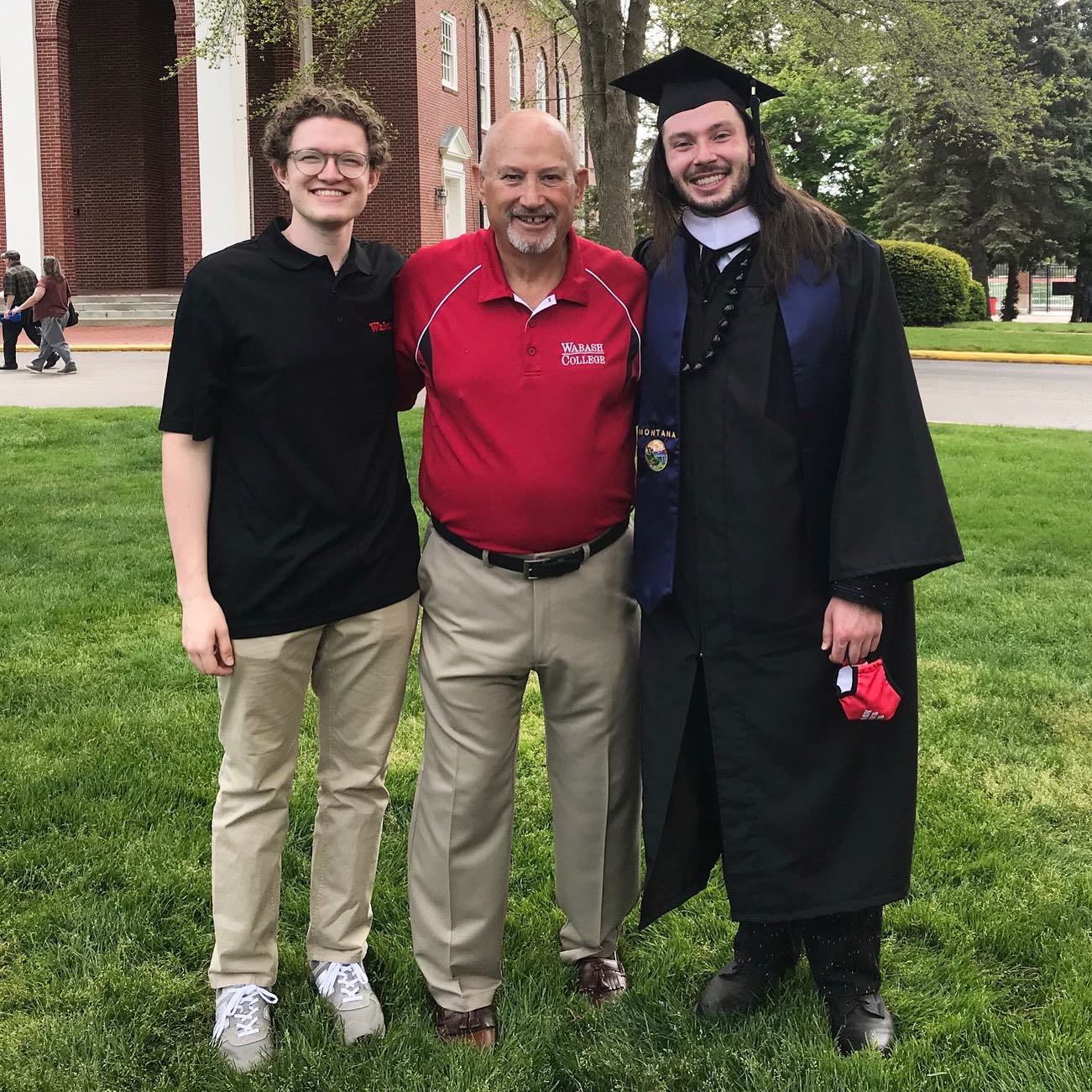 One thing Robinson did know was that he was good at playing football, and his neighbors, former Wabash football players Roger ’61 and Carlos ’61 Carroll, saw that talent, too. They told Robinson about Wabash, put him in contact with Head Football coach Ken Keuffel to learn more about the program, and then a financial officer from the College visited his family’s home to discuss options.

“We just didn’t have the money,” Robinson explained. “The financial officer went through my dad’s finances, and I just remember saying, ‘It’s not going to be possible. I can’t go.’ Dad assured me it’d be fine, but we were still unsure.

“Then, all of a sudden, I get a letter in the mail that I was awarded a scholarship that covered tuition,” he said. “I was so grateful. I never had much encouragement from home because nobody had ever gone to college. For somebody, the College, to take an interest in me and see something in me, it was so special.”

In addition to playing football, Robinson majored in mathematics, was a member of Delta Tau Delta fraternity, and the Sphinx Club while at Wabash.

He has always been grateful for the lasting opportunities Wabash provided him, and his grandsons, Paul ’21 and Wade ’22 Haesemeyer, and he proudly believes in the College’s mission of educating men to think critically, act responsibly, lead effectively, and live humanely.

Around his retirement two years ago, Robinson began thinking about how he could give back to his alma mater. With the help and support of his family, including Paul and Wade, Robinson established The Paul “Robbie” Robinson Family Scholarship.

“I owe it. I feel like I needed to square up to how well they treated me in spite of me, and how well they’ve treated my grandsons,” Robinson said. “I’m grateful to have the means to do it, thanks to Wabash.”

‘Wabash Took Care of Me’

Robinson hadn’t always bought into Wabash’s mission. As a “C student,” Robinson said he was “knee deep in immature behavior.” It wasn’t until he got to graduate school that he realized how successful Wabash was in educating and preparing him for career success.

“People got through Wabash a lot easier than I did,” Robinson said. “I credit my fraternity brothers. We’d all walk together to the physical chemistry building and study from 1 to 5 p.m., have dinner and free time for about a half-hour, then from 7 to 10:30 p.m., we’d go to another building to study some more. That discipline saved me. That’s what it took for me.” 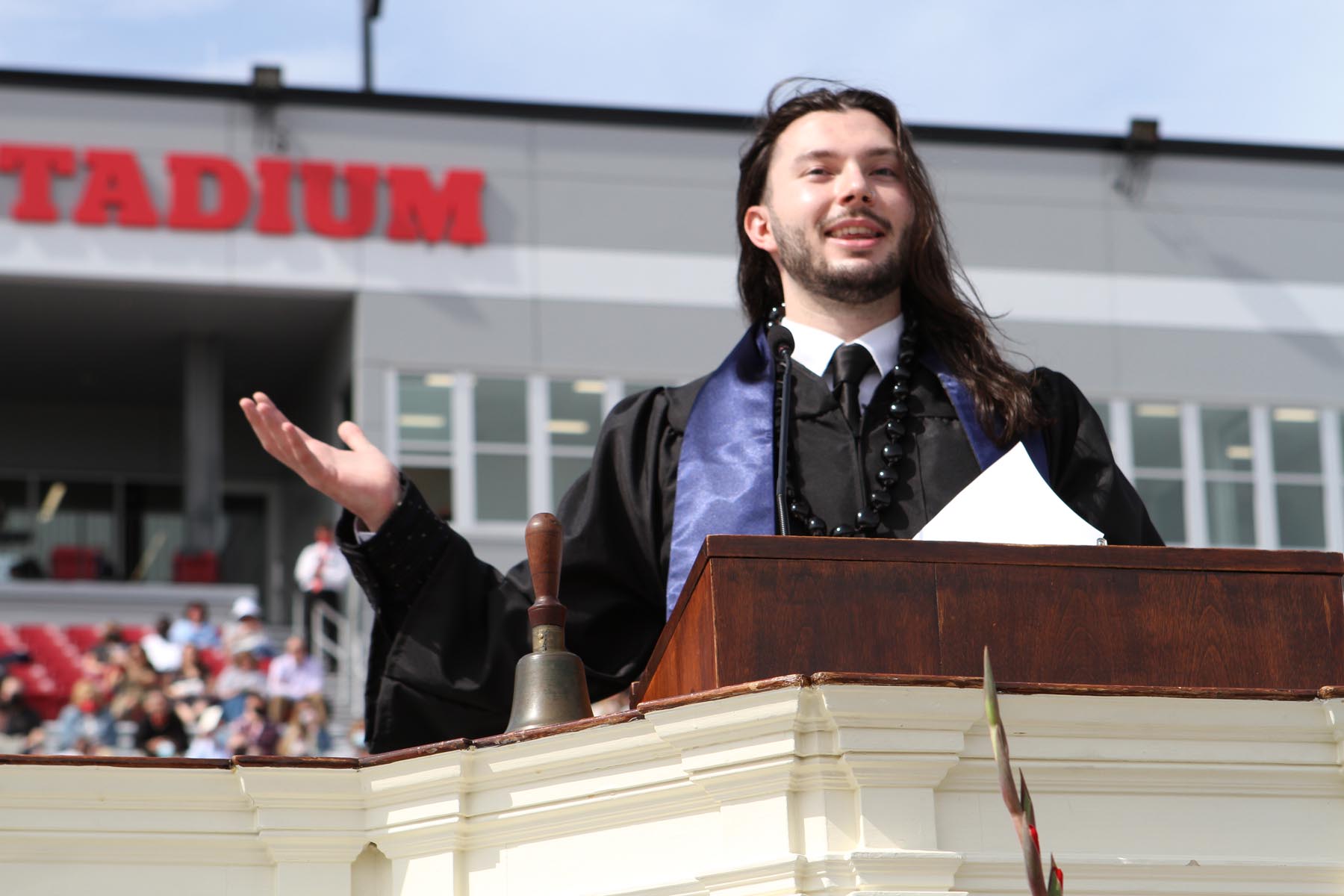 He also credits Norman Moore, Dean of Students from 1959 to 1984, for molding him into a positive force of change.

“He was my mentor. He told me how to act and how to talk, and really cleaned up my character,” Robinson said. “He was an angel for me.

“I’m grateful that Wabash let me through. They actually graduated me and gave me a degree, and that was never lost on me,” he continued. “I didn’t belong there. But she (Wabash) wooed me, and I’m so grateful for that. She took good care of me. She then took care of my grandsons in spades.”

Robinson was hired by IBM after graduation and got his MBA in Corporate Finance from the University of Oregon.

In 1971, he was hired as a broker with a New York Stock Exchange firm. Eight years later, he went on to work independently and spent most of his professional career as a Certified Financial Planner in the greater Phoenix, Arizona, area.

“I have always loved math, but didn’t have the natural talent or the head power in the business world, and had to work at it,” Robinson said. “But I got enough confidence that once I started taking economics classes in graduate school, I said ‘Gosh, I can do this. Wabash classes were harder than this!’ Wabash College felt tougher, but it set me up for success.”

The Paul “Robbie” Robinson Family Scholarship will provide support to Wabash students with demonstrated financial need, with a first preference given to those who are first-generation college students (defined as neither parent having completed a four-year college or university degree). 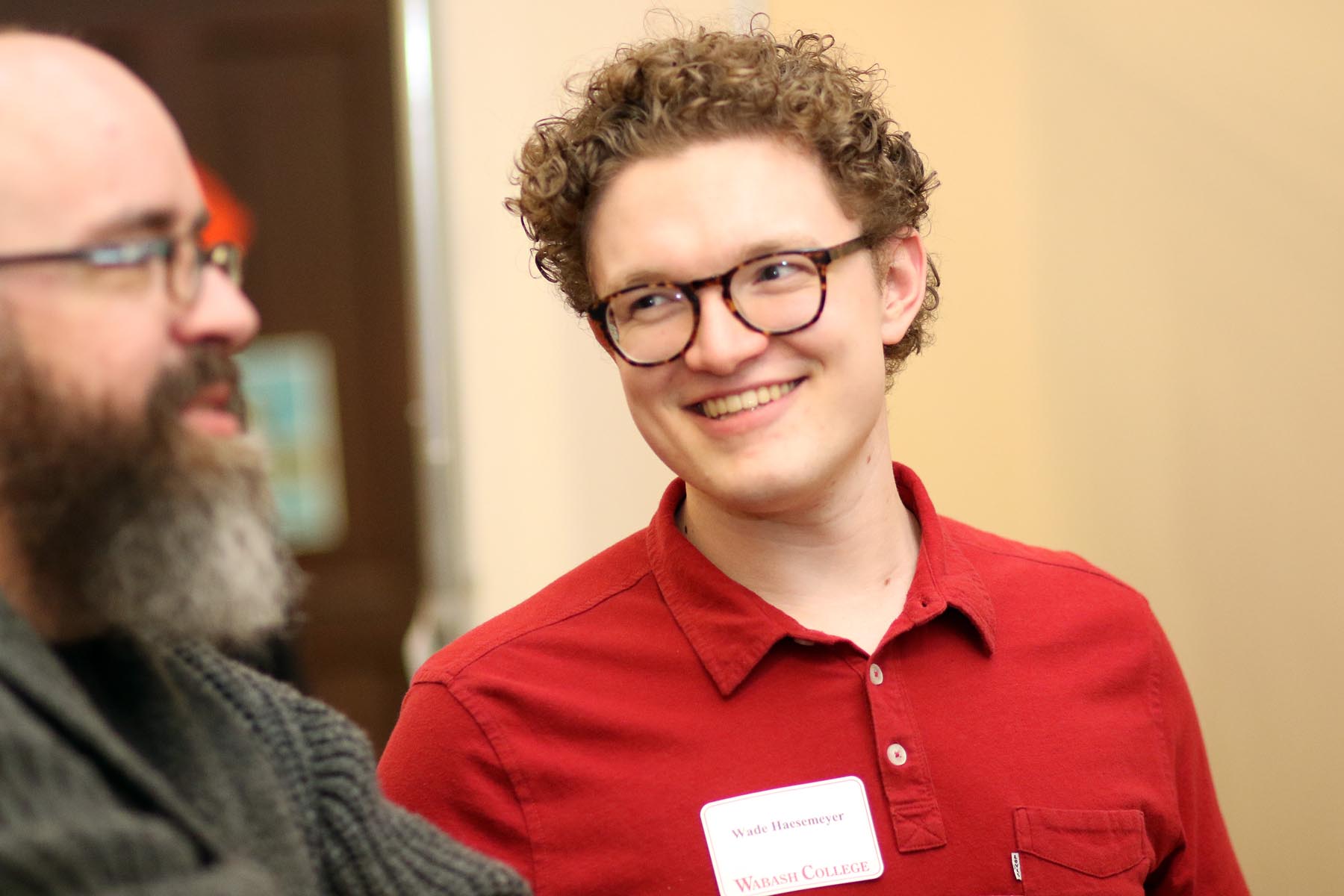 Robinson also established the scholarship in a way that will allow his grandsons to do their part in contributing to providing an unmatched liberal arts education to students.

“He’s been talking about this for the last year-and-a-half, and to see it all come together for him is so exciting,” said Paul, who graduated last year and now works as a stitcher for Alabama Shakespeare Festival, a performing arts theater in Montgomery, Alabama.

“My grandpa has always been passionate, enthusiastic, and loved Wabash so much. Now he gets to share all of that with his grandsons,” Paul said. “I don’t think I would have imagined having a hand in something as impactful as this so early in my career, but it’s really cool to be a part of and have that legacy with my family.”

Wade, a Classics major and studio art minor who’s weeks away from graduation, explained that being involved in the scholarship process has opened his eyes to some of the struggles that first-generation students, like Robinson, experience and the kind of support that they may need to succeed in college.

“We didn’t grow up rich, but we always had enough, and my parents and grandparents have college degrees and experience. I could go to them for help and guidance,” Wade said. “That’s not the reality for a lot of people. Many are not as fortunate, and it’s much harder for them to get to and stay in college.

“My grandpa is a prime example. But he made it, because he got the financial help and support throughout his four years at Wabash,” the senior said. “We hope this scholarship will inspire others and give those same opportunities to students who need it.”