If Pat East ’00 didn’t have mentors like Emeritus English Professor Tobey Herzog his senior year, he wouldn’t have made it to graduation — literally.

After two failed attempts and countless hours spent receiving one-on-one help from Herzog and other professors, the English major from Martinsville, Indiana, passed one of the biggest academic hurdles for Wabash students — senior comprehensive exams.

“I hated comps,” laughs Pat, executive director of Dimension Mill in Bloomington, Indiana, and former CEO of Hanapin Marketing, as he thinks back 20 years to his time as a student. “Every part of it was just miserable for me. 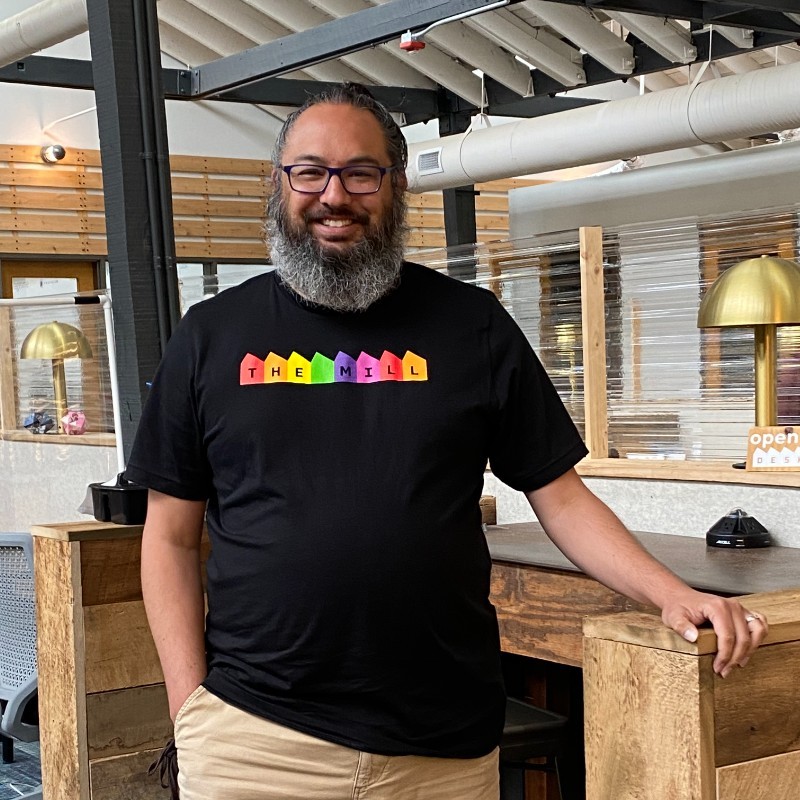 “But I finally got through it because of professors, like Dr. Herzog,” East continued. “He saw something in me that I didn’t. He saw my potential.”

By the middle of his sophomore year, Pat found himself “bouncing around, trying to figure out Wabash,” he said. As he was coming up the deadline to declare a major, he wasn’t sure what to do but knew he wanted to make it to graduation.

At that time, Pat said he was content with his performance in classes. He wasn’t thriving studying English — a subject he said he was “pretty mediocre at” — but he wasn’t failing either.

That wasn’t good enough for professors like Herzog who believed that Pat was capable of academic success.

The two’s relationship developed during Pat’s senior year. He had failed comps twice and was a student in Herzog’s business and technical writing class.

“The first thing we would do in this class was give students a grammar quiz,” Herzog said. “Lo and behold, Pat gets an A on the quiz. I’m thinking, ‘Where did this come from? Is this an anomaly?’ Then on the next writing assignment, he gets an A again.

“This is not the same student that I had first semester junior year,” he continued. “This is not a student who fails.’”

During one-on-one sessions, Herzog helped Pat work through the nerves. He explained expectations for the exams and gave feedback on how Pat could improve his analysis writing and ability to hold thoughtful conversations — a skill needed to pass oral comps.

“Pat took responsibility and really applied himself that last semester,” Herzog said. “He had a realization that, ‘If I’m going to be graduating in a month or so, I need to be able to go out into the real world and demonstrate that I’m a good communicator.’”

After graduation, Pat went on to launch a career as an entrepreneur and co-founded a digital advertising agency called Hanapin Marketing with his wife, Jamie. The company grew to more than 75 employees, making it the largest agency of its kind for startups and enterprise companies. The Easts sold Hanapin in 2020 to Brainlabs.

“He has a passion for helping others, and mentoring entrepreneurs who are trying to figure this all out like he did,” Jamie said of Pat’s work at The Mill. “I see it all the time. He loves passing on his knowledge and being that person people can go to.”

Over the years, Pat has stayed connected to Wabash. He served as a Class Agent and on the National Association of Wabash Men (NAWM) board. He and Jamie regularly donated to the College and hosted students to serve as interns at their companies. But the two wanted to do even more to help provide mentorship and opportunities to students.

That’s why Pat and Jamie established an endowed fund to support the Wabash Liberal Arts Immersion Program (WLAIP), which seeks to supply needed resources and opportunities to improve the college experience for students who are considered at-risk for leaving Wabash after their first year.

“We are a transracial family. We are an adoptive family and have two kids who are both African American,” Jamie said. “We wanted to make sure we honored them with our contributions to Wabash. The WLAIP is an avenue that would help people, like our son, be able to go to and finish college.”

“We wanted to support a program that not only helps get students in the door, but supports them all the way through to graduation,” Pat added. “Those people and resources are so important — they were for me.” 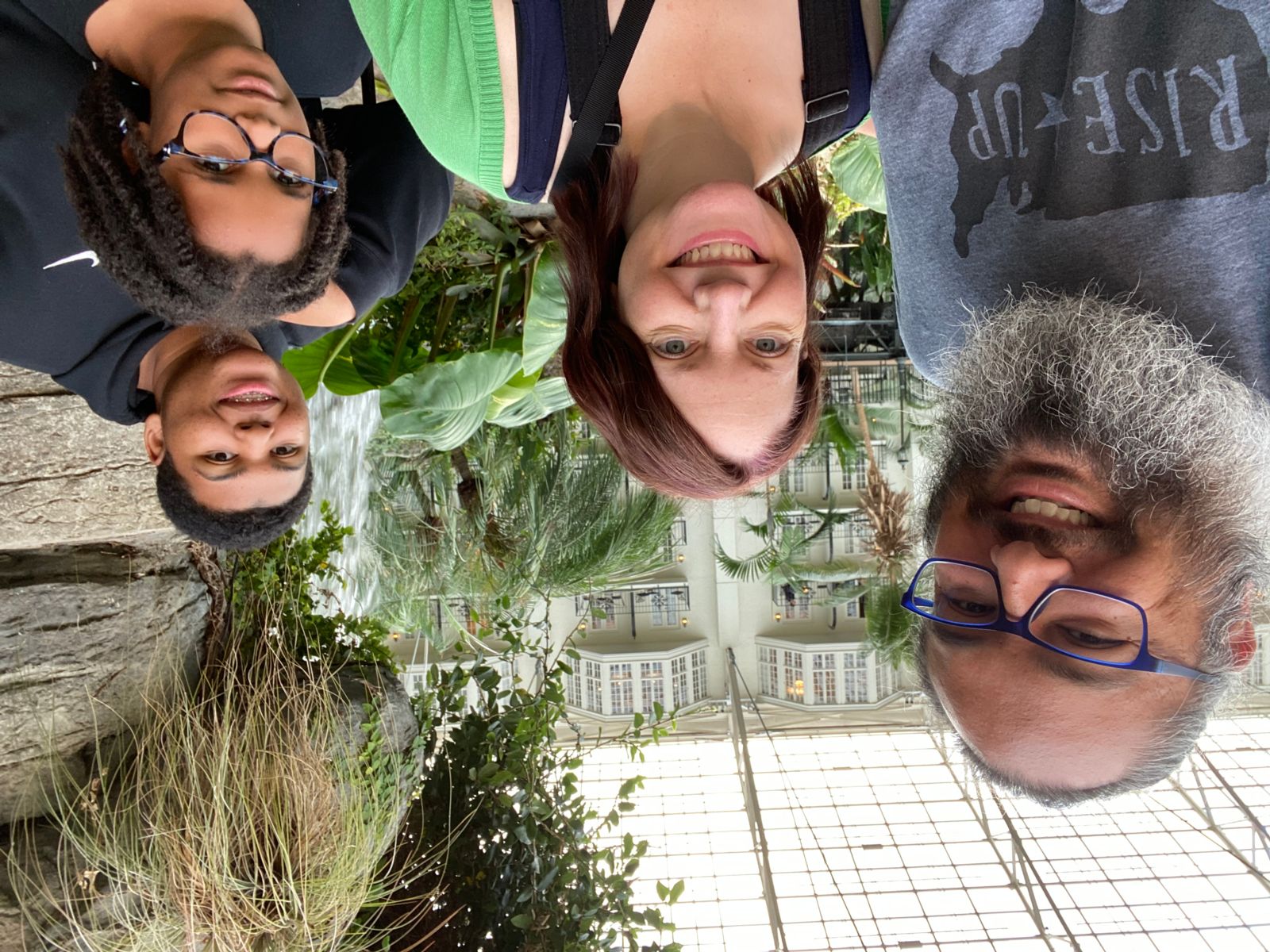 The program has proved effective since its establishment in 2015. Students identified as having great potential for success — just as Pat was — have thrived through the program while at Wabash and beyond.

These students often take on leadership roles in the classroom and with extracurriculars — they serve as fraternity and student organization presidents, captains of athletic teams, Sphinx Club members, for example. Graduation rates have also improved among these students, who have gone on to settle into a first destination — employment, graduate school, or service.

The fund supports WLAIP students, like Jonah Billups ’25, who was one of 24 students to participate in the 2021 cohort. He said he’s thankful for the program and opportunity to connect with other students.

“Being able to build those friendships make a difference,” Billups said. “Everyone here is going through the same experiences and struggles. It makes college easier to have other people understand and be there for you. I feel like these guys are my brothers.”

Hearing Billups’ story and others excites the Easts about the future of the program and their contribution. The couple said they hope other alumni and friends of the College take their own giant steps to support Wabash students through this initiative and others.

“Everybody wants to contribute to the greater good, and it’s nice to find something specific to set your eyes on,” Jamie said. “If you see something you’re passionate about, that helps, then give back to Wabash — whether that’s time, money or resources. Every little bit really helps these guys.”